As this will be my first outfit post, I feel as though there must be a disclaimer: I am not a fashionista and this is not a fashion blog. I don't really know that many designers and I have a limited budget but love finding items that match my personality. Since I was in elementary school I have always dressed a little different and sometimes just straight up strange. I used to have an experimental day once a week til I graduated college where I would go out of my way to wear an outfit I've never tried before and some would be a hit, others would be a lot of stares and bad party photos to haunt me for years to come, but: Hey I Tried. Which is where the title for these posts came from.  I would like to think as I glide into my late 20's I'm able to fully explain my look as vintage inspired with an unique modern twist, but truth be told I am that girl who on most days rolls out of bed 7 minutes before I have to leave for work. BUT there are those days when I try and instead of when I was in school and used to say with shrug, "Hey, I tried." It's now like: HEY! I TRIED!.... I'll try to keep the self-pats on the back to a minimal. ;) 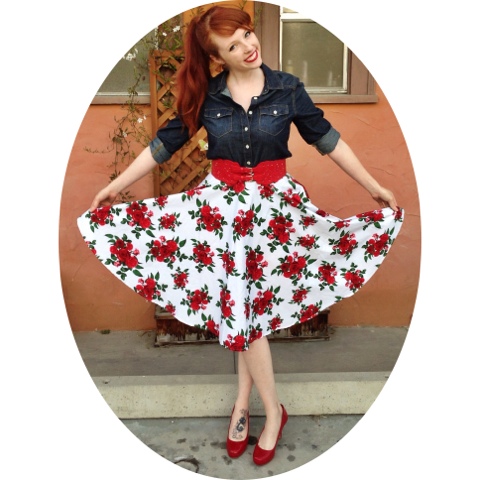 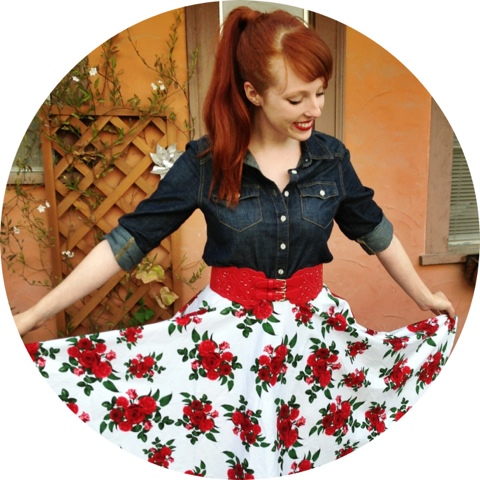 So I am completely aware that Fridays in offices are known as casual Fridays. Bring out thee polo and Hawaiian shirts, sneakers and jeans! But I think that the odds of me going out after work tend to be a lot a higher than other nights of the week so LETS GIVE EM SOMETHING TO SEE!
I was going to return this skirt to just be practical but after  how many compliments I received, the public has spoken: The Skirt Stays! 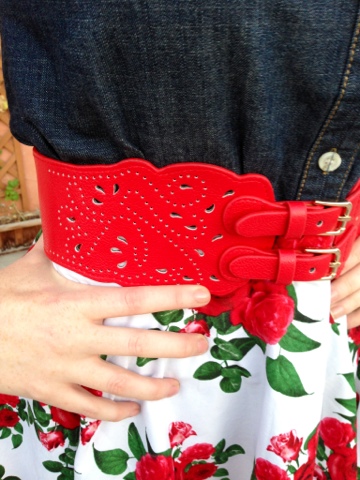 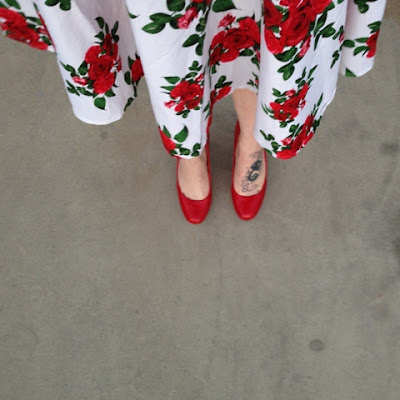 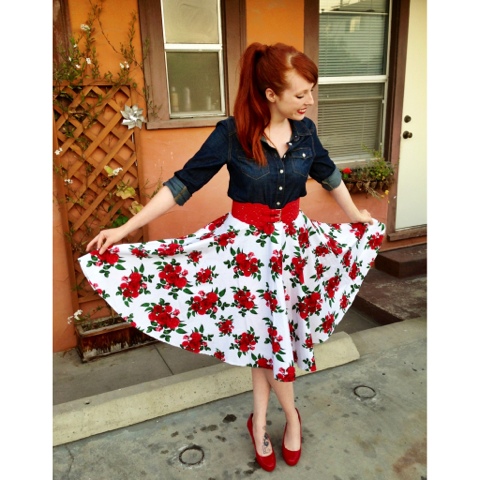