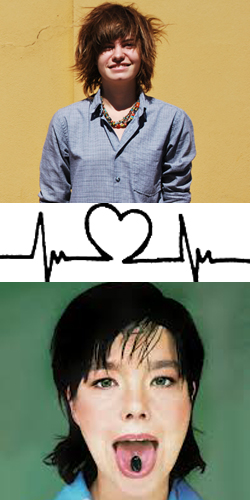 Now, I've grown to think that actually LIKING Bjork comes as an acquired taste, like caviar or scotch or something.  I used to hate on her til all of a sudden it her music sounded different. Mine came to be when I was 19 and this song Joga, just floored me. It's dark and romantic and hits the heart the right way and I spent the rest of college obsessed with her and vowed to track her down in Iceland. I recently learned that the people of Iceland are not exactly fans of her due to how outrageous she is and how traditional they are. But, Georgi Kay is a fan! This Australian recently nailed a part in the New Zealand miniseries, Top of the Lake ( on Netflix BTDubbs and awesome...you will scream OHMIGOD during the last episode). During one of the episodes she sings this cover and I feel like even if you don't like Bjork, you might still love this. ANd who knows maybe you'll even start to see the beauty in her music as I did. :)