Today I got to have a dirty chai, a homemade pumpkin smoothie and listen to TONS of awesome music for you guys! New music drops as often as leaves during this season and I'm trying my best to filter it for you, but when it's all good, what can you do? It's like when you pick out a bunch of clothes to try on, planning to only get one or two things. And before you know it you walk out the store with almost everything cause it all fit and looked awesome. Ok that might just be a lady thing. ANYWAYS, below is a lot of goodness. Enjoy the rest of the week!

Lorde- Team
I've already confessed to my girl crush on this Kiwi and after seeing her a month ago I already knew I was going to love this single because every song she performed that night sounded AMAZING.

Chromeo-Over Your Shoulder
I'm biased because I've been following these guys since they first started getting traction at my college radio station I DJ'ed at. So stoked they are up to creating more 90's snyth dance goodness!

Cut Copy- Free Your Mind
This is happy poppy dancey and fun. What Cut Copy does best, and may I add, always in their cute little matching suits  DAAAAW!


Beck- Gimmie
WHY OH WHY DO YOU HAVE TO BE A SCIENTOLOGIST?! Sigh. Always reinventing himself. Always making it enjoyable. This is no exception.


The Killers & M83- Shot At The Night
I've said it before and I'll say it again, everything from M83 makes me feel like I'm in a modern John Hughes movie. Adding Brandon Flowers ( the lead singer from The Killers) is the perfect 80's throwback for a killer ( ahem, pun intended) pop dramatic ballad making you believe that Molly Ringwald is going to bite her lip and smile right in front of you.

Nathaniel Rateliff- Falling Faster Than You Can Run
I have been following this Denver ( my hometown) native since I was in high school and he went by a the name: The Wheel. Well, after having to change the name due to some legal reason that's beyond me, he decided to make it simple and just go by his actual name and is making serious traction the past few years.  Folks, I'm going to declare it, this is a GREAT ESSENTIAL 2013 fall album. You could say he reminds of you Bon Iver or City and Colour or even ( DARE I SAY IT?!) Mumford and Sons. Maybe tie him in with fellow Denver indie darlings, the Lumineers ( which I think he influenced THEM if anything).  BUT I think the emotion in is voice is the kind that sits in your stomach. When you see him sing live, a lump in your throat appears and you're not sure why. Somehow he's able to re-live every emotion that caused the lyrics, good and bad, over and over, and you feel closer to him afterwards. He's intimate, he's talented and think this album is going to send him up on the indie chain.


SNEAK PEEK: Chvrches- The Bones Of What You Believe
It is streaming a week early on NPR's First Listen! I had it on repeat all day yesterday. Every single that they have released I have drooled over and you won't regret taking 48 minutes and 15 seconds listening to the whole thing. 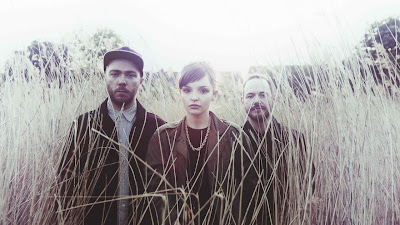 Chvrches- The Bones of What You Believe

Consolation Prizes Go To:
MGMT- MGMT ( yeah you read that right)
The Naked & Famous- In Rolling Waves
( Also released today if you are feeling ambitious and want to listen to two more albums this week, both have good tracks, just not as strong as the two above, in my opinion)

Tegan and Sara release a video touching on how technology dependent our relationships are, and especially how worse they are in the 21st century when they end.

My friend Mary sent me this and I love how pretty, light and shoegazer the track is. The video matches the song and gives me a slight trigger to Michelle Pfeiffer in Grease 2 when she needs a "Cool cool cool cool cool rider"....anyone else? Just me? Ok.