H.I.T. Outfit- The closest I'll get to Broncos colors

So I am alive. I haven't blogged in a month and I do feel guilty about it. It was partly due to health problems where the antibiotics made me want to do nothing but lay down on my bed, and part adjusting to my new and awesome gig for work. So I may not be as consistent right now as I was for a bit but this weekend was me trying a little harder. I finally got to listen and meet my favorite author, David Sedaris, and it was worth waiting in line in heels for two hours after he spoke (poor life choice, ugh, poor feet). It took so long because he really has a conversation with every person that stands in line with after his show while he draws cartoons in everyones books. You would think he would start to be bitter or short and quick tempered with people after a while, but he was charming and genuinely interested in everyone. We talked about our music guilty pleasures ( his is Miley Cyrus' twerking song and Justin Bieber, hilarious!)  and when I told him mine, ( Taylor Swift) he went, well thats kinda worse, than mine. I told him that mine wasn't sleeping with prostitutes or hanging naked from a piece of construction equipment and he said, "Exactly." HAHA! I re-bought two of his books (lost my originals to an old flame....dammit.) And had one made out to my brother for an Xmas gift.

Since LA finally cooled down I get to wear the layers I've been craving, Stocking, tights and knee highs galore! I had been eyeing this romper for awhile and finally splurged to wear on the first day of my new gig. I'm beginning to realize how much I love fall florals. I keep buying more and more. Being from Denver, its save to say that my Facebook feed is filled every weekend with Bronco updates. This is the closest I'm going to get to wearing Bronco gear. Take it or leave it. 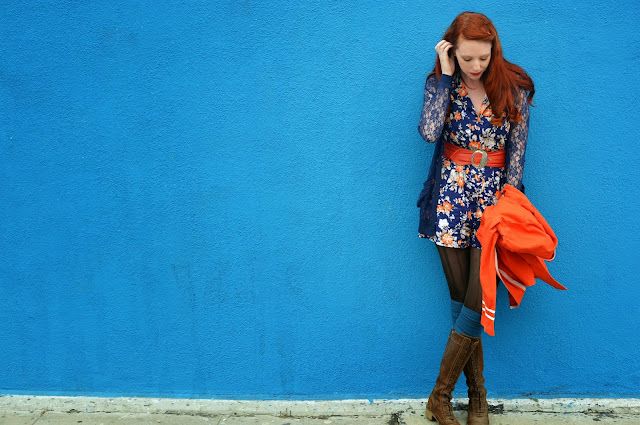 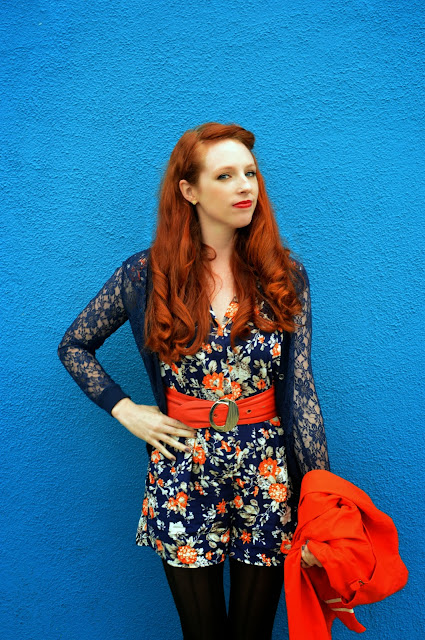 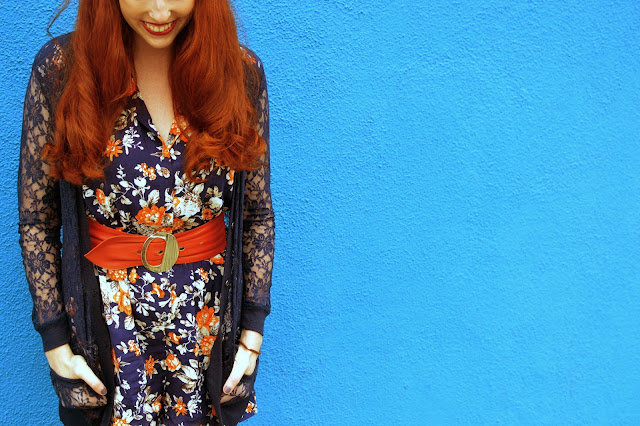 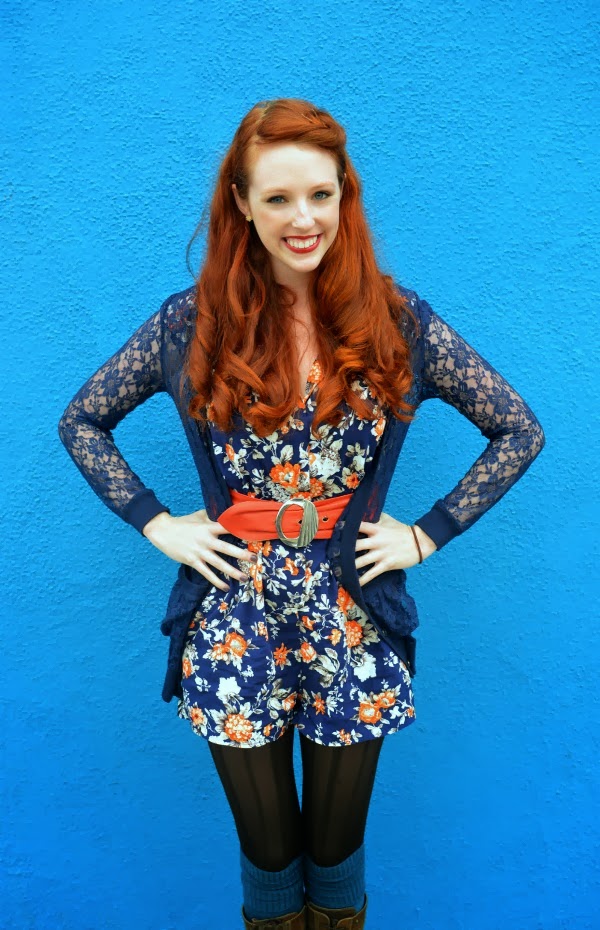